I always thought this was a given, until I moved to topsy-turvy world where challenging the norm is the way to go. For once I wasn’t punished for being different, but rewarded for being original and creative. I am being educated and taught in such different ways it is bringing out a side of me that I never dared entertain because it was too “out of the box”. For most tasks, instead of being told what to do and how to do it (with a full set of instructions that brings penalty if you color out of the lines), I am mostly given an end goal and complete freedom to get there any way I see fit. The processes become so individual and exciting, as I learn more about myself and what works best for me.

I find myself teaching that to children now, to pull myself out of the picture and not try to do everything for them. I needed to learn to hand them the crayon, let them make their messes, mistakes and masterpieces, and never never “correct” no matter what color they painted the cow.

Everything I thought was wrong with me, suddenly became all the things that were interesting and right about me. I started to appreciate my own differently-wired mind and being ‘weird’ started to lose its negative connotation. It still boggles my mind how the same traits can be seen so drastically differently halfway across the world. I still appreciate my education back in Asia as I think I am a creative and emotional person by nature, and being taught systems and formulas made it so that if I ever needed to “play by the rules” (or draw up a color-coded, way too detailed spreadsheet) or be organized/systematic, I could do it.

But right now, I think I found my stride and an unfamiliar sense of belonging with my fellow weirdos who think outside the box (with no bigger box outside of it). S has to constantly remind me “You’re not in Asia anymore, stop worrying. This is seen as a great thing here, we teach our kids in school to do that.”

I am probably going to spend the rest of my life to un-learn these dangerous things I’ve learnt in my childhood, and refuse to pass these on to kids around me. I am also learning what education truly is and what it means to me, and realizing how much fun it all can be! My classes are extremely informative and amazing, but my biggest lessons in my time here have all been learnt outside the classroom. The truly important things like how to be kind, generous, radically empathetic, resourceful,  to really listen without judgement, and how to dance in the rain…. 🙂

Wow, I just realized that I have not posted in 10 days, so this can be a longer post. 🙂

1) I ran off with the circus! I have started circus classes in aerial fabric, and it’s been fun but also really really difficult. Next time I go to the big top and see people climbing and dancing in the air with fabric, I will appreciate what hard work it truly is. I am aching all over from my first class, but have more or less decided to stick with it for the rest of the year because it is a really complete workout, and let’s face it, how cool is it? I have access to what may be the best circus school in this country, so I’m going to take advantage of it. Bonus, now I can officially tell people I ran off with the circus! 😛

2) Work at the art studio has been a lot of fun. I have found a slightly OCD side of me while sorting paintbrushes. I also enjoy the art studio vibe very much and love being around the people who work there. I am excited for Fall classes to begin so I can start my artistic pursuits and work with kids again!

3) Cooking! I haven’t done a whole bunch of it lately, but I did make this simple dish the other day for lunch. I was craving sunny side up eggs and decided to cook a little. I made butter rice (really fragrant and yummy on its own), Asian chicken stew (turned out better than expected mostly because I had no idea what I was making even while I was making it! I sort of made it up as I went), and the sunny side up egg. It was a simple but delicious meal that I had plenty of leftovers that I could eat over the next few days, and I scarfed everything up really quickly. I would eat it beyond meal times too, and that’s how I know I really like a dish – when I start eating it as a snack and/or comfort food and prefer it over chocolate, ice cream or chips.

Tonight, I made myself some Jamaican jerk shrimp and whole wheat and white cheddar mac and cheese. Mmmm. Two things that don’t seem to go together but totally do. I am glad I don’t eat a whole lot, so I always have leftovers, even of dishes I loved (I simply cannot ingest that much food at once).

And that’s it for now, folks. The weather is really starting to cool down here in the Northeast and my friends/neighbors have started pulling out the space heaters, sweaters and jackets. I wore a cape last night and my new boots for the first time this season. I love the changing of seasons, even though it usually comes pretty suddenly (yesterday was summer, today we’re in a Fall coat). Hope it’s beautiful wherever you may be too.

I read the following article: http://blogs.voanews.com/student-union/2012/02/27/dating-an-american-what-is-the-relationship-talk/

It is pretty interesting and I never thought about the cultural differences in dating as much previously. Even though it is written by a Chinese student studying in the States, I still relate to it pretty well. It gives a good insight into the confounding dating/relationship field here from the perspective of a student raised in an Asian society. Honestly though, the more you learn about dating/relationships in America, the more mind-boggling it gets.

For my fellow IE peeps, it talks about a lot of differences that your students might experience but do not usually speak up about, as dating isn’t a topic that is discussed in public as much in many societies. Most people will just get really frustrated or confused and have a different takeaway from a failed relationship without much consideration that the very definition of a relationship might be different between them and their partner.

“In China, and I believe in other Asian countries as well, there is only ONE type of relationship. You are either boyfriend and girlfriend, or pure friends, so there is no chance to be confused. ” –

I guess this is true to some extent – once the guy asks “will you be my girlfriend/will you go on a date with me?”, there is little confusion as to his intentions. Note that both questions are pretty much synonymous. It is not a step guys take without much thought or consideration. I don’t think a typical Asian guy (bear with me on the word ‘typical’, I do get that there are plenty of exceptions) will ask a girl out officially but not want to be her boyfriend. So, in that way, he is either your boyfriend, or your guy friend. You don’t hold hands/kiss someone who isn’t your boyfriend period, because that would be totally inappropriate in the Asian context. And if you do kiss her while she is just your friend… well, that pretty makes the question above unnecessary because congratulations, you just crossed into relationship territory without a word. There is plenty of confusion before that point, though, regardless of where you are. Just ask your friends (living in Asia) who have their relationship status set to “It’s Complicated”.

I find this whole minefield (yes, laugh all you want at this choice of word, you know it’s true) of American dating/relationships pretty fascinating, even though I have my share of confusion and misunderstandings, believe me. It takes so much open communication to even realize you are talking on two different planes, sometimes, as people simply assume what they know in their mind is how it is. I guess the next time you use the terms “seeing someone”, “dating”, being “with” someone, “boyfriend/girlfriend”… you should be aware of the definition you hold in your mind, and if required, compare that to your partner/audience. It is a big fog to navigate for internationals, but sometimes… it is worth it to figure it out. Or rather, putting in the effort to figure it out is worth it for someone really special.

I do believe, though, that the right person will also put in the effort to communicate about differences and will not fault you for things you do not know/understand. I will admit that it can be extremely frustrating, but sometimes fun, to open these conversations cross-culturally and listen to a different point of view.

With falll just round the corner, I can hardly wait for the leaves to start turning gorgeous sunset shades and for the air to become brisk. Sitting in a very hot apartment this summer will do that to do, inducing dreams of the fabled New England fall, that I know to be more real and amazing than the fables. 🙂

I shopped online on Modcloth (gorgeous stuff) for a couple staple items in anticipation for the cooler weather and these are a couple things I picked up:

A dress reminiscent of museums and wine and cheese evenings.

Above the knee boots that are versatile, soft and comfortable.

I love dressing up in the fall! You don’t need to worry too much about the intense bundling up that Vermont’s winter requires, or the muggy heat that makes you want to escape your skin and soak in the water. Think… the dress with a warm cardigan and the above the knee boots. I love the coats and scarves and flannel and boots… there is just so much you can do with layering and different textures. Yes, it is a wee bit more work than throwing on t-shirt and shorts for summer, but it is so much more fun! 🙂

And frankly, receiving brown parcels in the mail is like Christmas morning. There is magic in it. 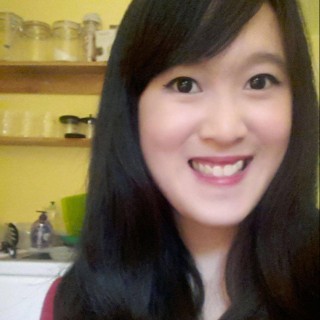